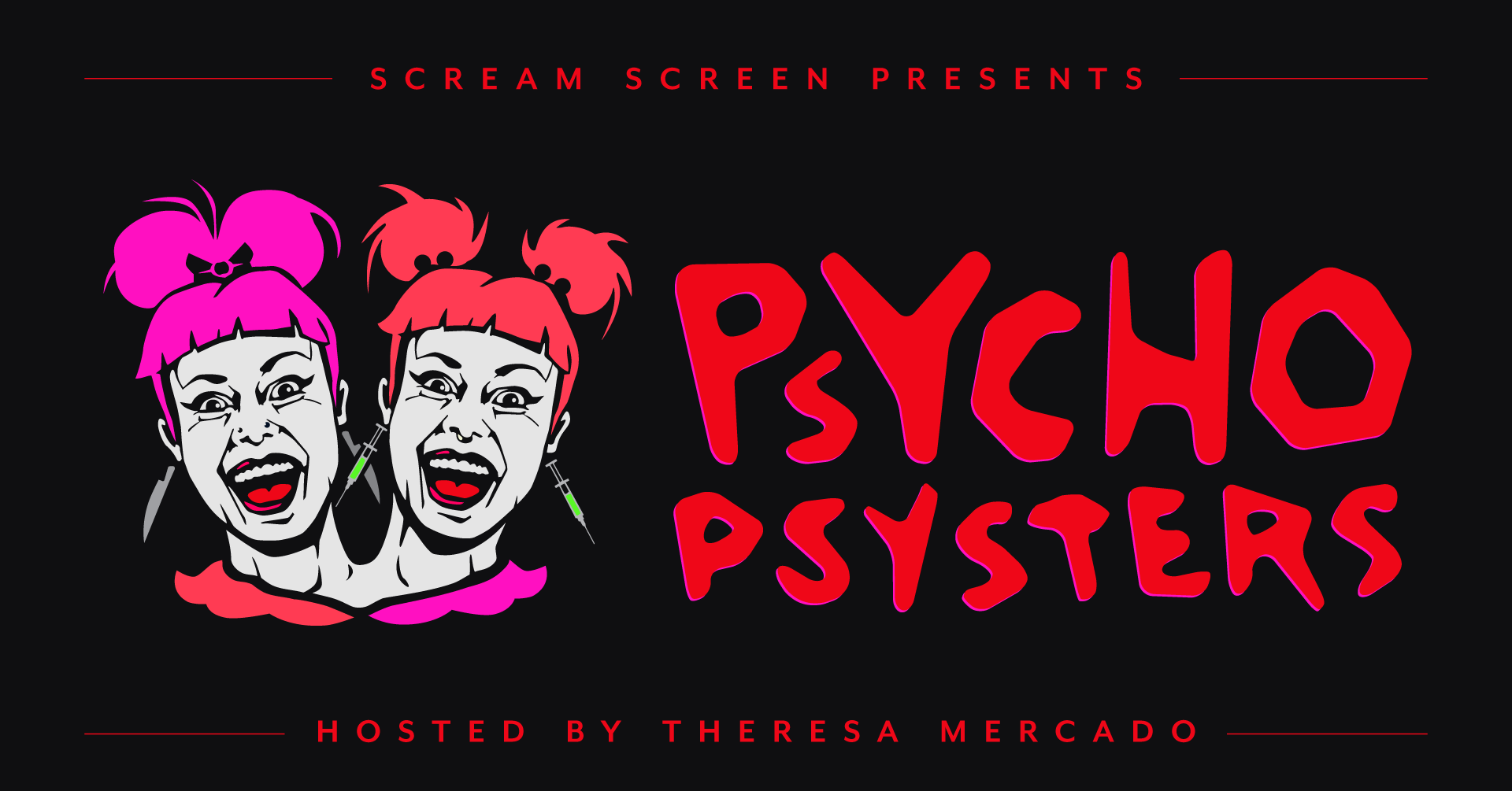 Every Friday in June at the Sie FilmCenter!

Scream Screen, programmed and hosted by Theresa Mercado is back at the Sie FilmCenter with a new series, "Psycho Psysters!" every Friday in June exploring some of the best dysfunctional sister horror films proving that BLOOD really is thicker than water!

Margot Kidder is Danielle, a beautiful model separated from her Siamese twin, Dominique. When a hotshot reporter (Jennifer Salt) suspects Dominique of a brutal murder, she becomes dangerously ensnared in the sisters’ insidious sibling bond. A scary and stylish paean to female destructiveness, De Palma’s first foray into horror voyeurism is a stunning amalgam of split-screen effects, bloody birthday cakes, and a chilling score by frequent Hitchcock collaborator Bernard Herrmann.

Helmed by legendary producer/director Ovidio Assonitis, the man behind such cult favourites as The Visitor and Piranha II: The Spawning, Madhouse is a crimson-soaked tale of sibling rivalry taken to a terrifying and bloody extreme. Julia has spent her entire adult life trying to forget the torment she suffered at the hands of her twisted twin Mary... but Mary hasn't forgotten. Escaping hospital, where she's recently been admitted with a horrific, disfiguring illness, Julia's sadistic sister vows to exact a particularly cruel revenge on her sibling this year - promising a birthday surprise that she'll never forget. An Italian production shot entirely in Savannah, GA, Madhouse (aka And When She Was Bad and There Was a Little Girl) fuses slasher elements with the over-the-top excess of '80s Italian terror - resulting in a cinematic bloodbath so gut-wrenching that the Brit authorities saw fit to outlaw it as a "video nasty."

Academy Award winner Lee Grant stars with Academy Award nominee Carol Kane in this psychological thriller directed by Emmy winner Karen Arthur. Cissy (Kane) and Ellen (Grant) are daughters of a deceased African primatologist who kept wild animals in a cage in his living room. Mentally unbalanced, Cissy virtually lives in this exotic 'Mafu Cage', crowded with hothouse plants and strange African artifacts. Ellen is obsessed with the caretaking of Cissy and must keep a constant watch on her sister's unpredictable personality. When Ellen's co-worker, David (James Olson), begins making romantic advances towards Ellen, Cissy believes the man poses a threat to the sisters' relationship. The disturbed Cissy ensnares David in the Mafu Cage and subjects him to a series of horrific, and deadly rituals.

The story of two outcast sisters, Ginger (Katharine Isabelle) and Brigitte (Emily Perkins), in the mindless suburban town of Bailey Downs. On the night of Ginger's first period, she is savagely attacked by a wild creature. Ginger's wounds miraculously heal but something is not quite right. Now Brigitte must save her sister and save herself.

Scream Screen is hosting a silent auction fundraiser for My Fairy Dawg Mother Rescue (MFDM) on Fri. June 3 at 7p in the Sie FilmCenter lobby kicking off the month-long film series. MFDM is a non-profit foster-based rescue in Denver, CO working diligently to get dogs in need into their forever homes. Thanks to the generosity of many Denver individuals and businesses, there will be a plethora of items to bid on including: art, gift certificates for restaurants, bars, entertainment, personal wellness and much more. 100% of proceeds will go to MFDM. Any items not auctioned on June 3 will be available to bid on the following Friday.