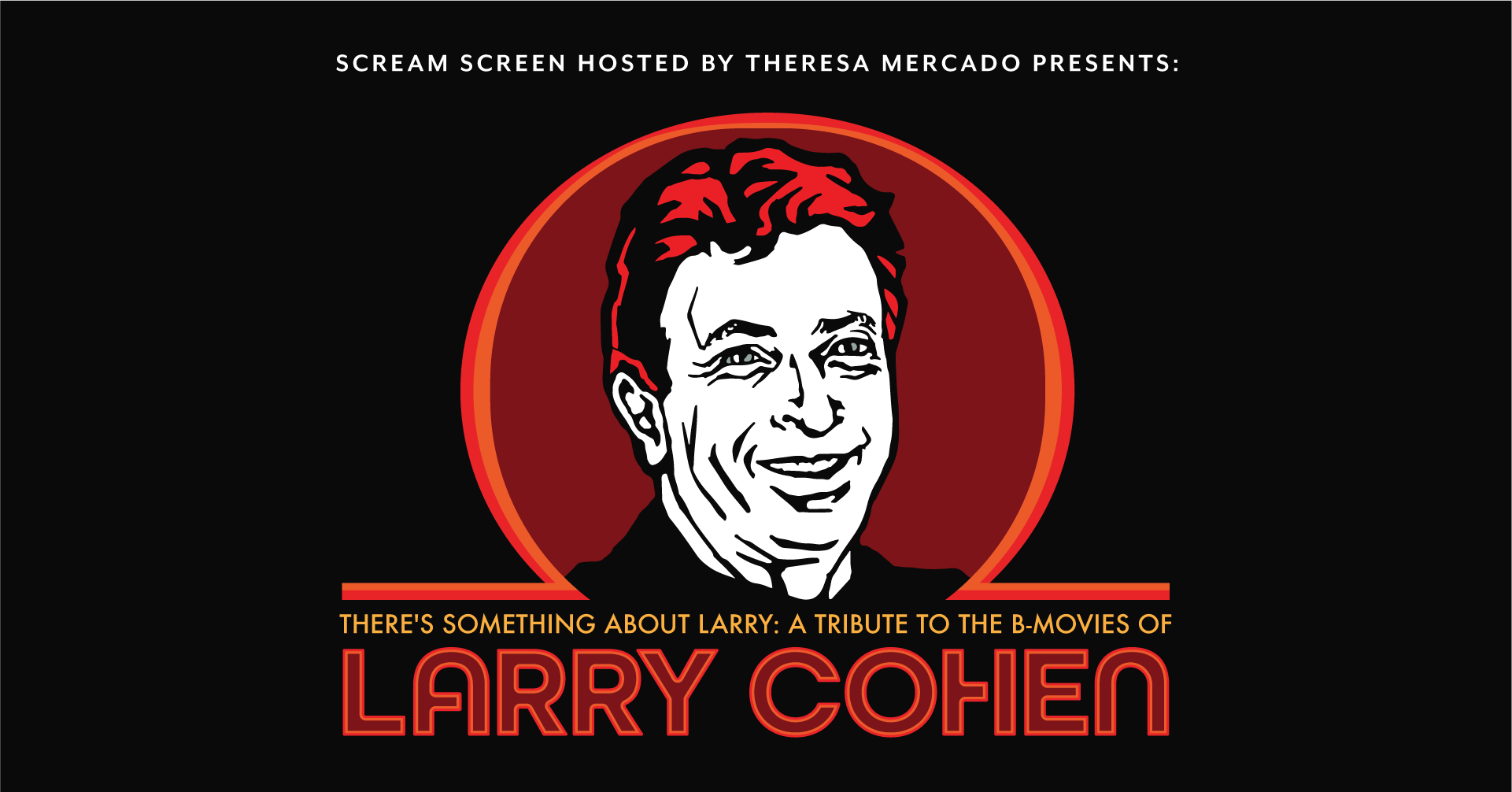 "There's Something About Larry: A Tribute to the B-Movies of Larry Cohen"

Scream Screen hosted by Theresa Mercado is back on the big screen at the Sie FilmCenter with a new series every Friday Nov. 19- Dec. 17 showcasing the prolific DIY career of B-movie legend Larry Cohen.

Scream Screen Kicks off its fall series with an epic Double Feature and some special guests!

THE STUFF (1985) D: Larry Cohen Presented on 35mm film! A delicious, mysterious goo that oozes from the earth is marketed as the newest dessert sensation, but the tasty treat rots more than your teeth!

Cynthia Costas Cohen and KING COHEN director Steve Mitchell will join host and curator Theresa Mercado for a Q&A in between the two films to discuss the wild, passionate life and cinematic progeny of legendary filmmaker Larry Cohen.

BONE (1972) D: Larry Cohen Presented on 35mm film! When a criminal breaks into the Beverly Hills home of a wealthy couple having marital problems, he unwillingly provides the spouses with an unlikely resolution to their conflicts as well as a solution to his own secret problem.

Join us for three trimesters of child bearing horror with Larry Cohen's epic demon spawn saga IT'S ALIVE I, II, and III!

IT'S ALIVE (1974) D: Larry Cohen The Davies expect a baby, which turns out to be a monster with a nasty habit of killing when it's scared. And it's easily scared.

IT'S ALIVE III: ISLAND OF THE ALIVE (1987) D: Larry Cohen The mutant babies have been placed by court order on a deserted island. Appalled by the cycnicism and exploitation of the children by the legal system and the media, the man responsible for them leads an expedition to the island to free them.

SPECIAL EFFECTS (1984) D: Larry Cohen A director makes a movie based on a murder he committed.

GOD TOLD ME TO (1976) D: Larry Cohen A New York detective investigates a series of murders committed by random New Yorkers who claim that "God told them to".

Limited edition Scream Screen Larry Cohen pins designed by Feni Hagman featuring each film in the series will be available only at the screenings!