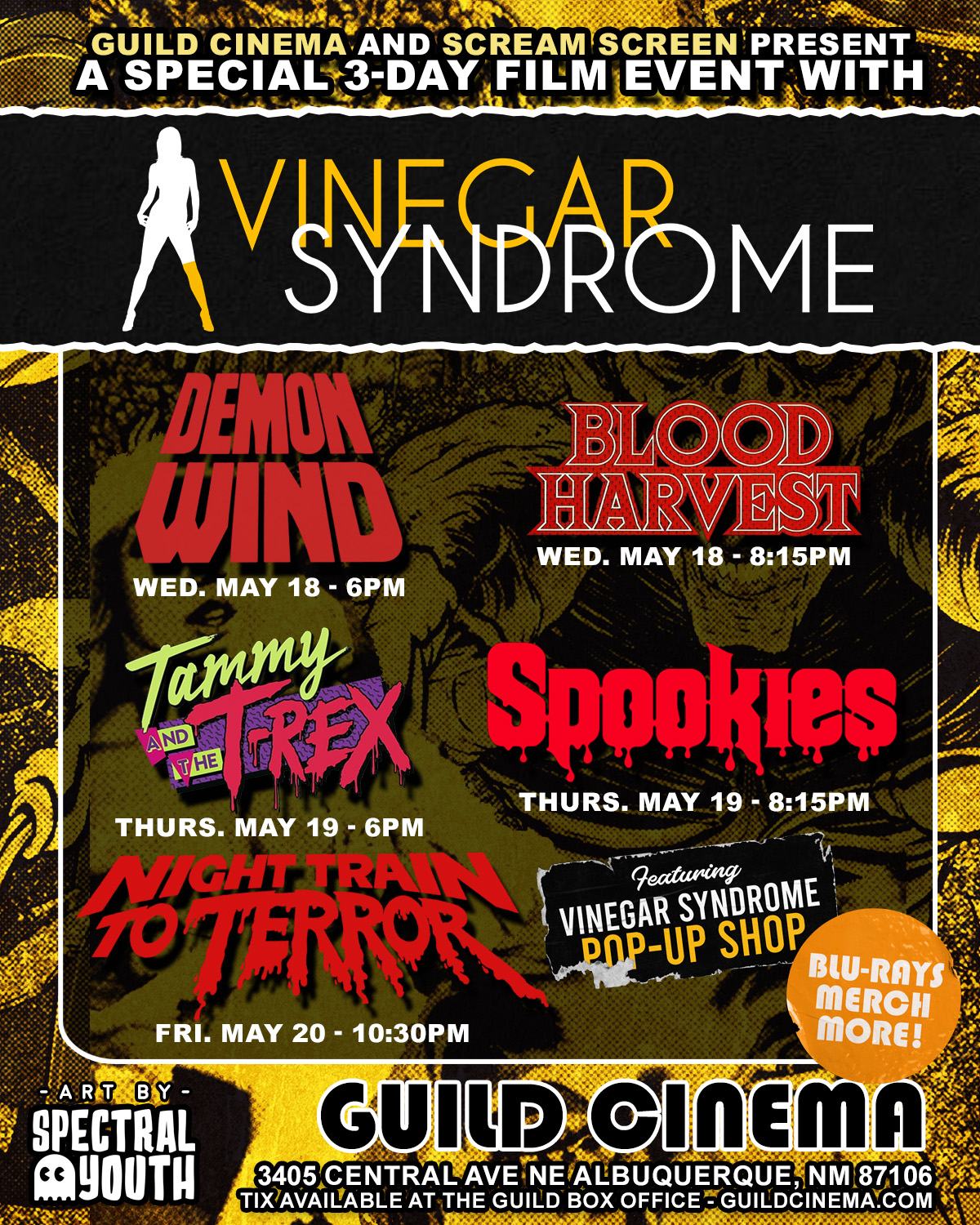 Three Nights of VS Films and Pop-up Shop!

BONUS!!  Get ready for a Vinegar Syndrome pop-up shop one hour before and after each screening in the Guild lobby...a ton of VS blu-rays, merch and more!  Long live physical media!

ABOUT VINEGAR SYNDROME:   a film restoration and distribution company specializing in restoring "lost" horror, exploitation, american pornography and B-movies from the 70s thru early 90s.

ABOUT SCREAM SCREEN:   a quarterly (or so) horror film series - the best in under seen and subversive horror cinema - programmed and hosted by Theresa Mercado at the Sie FilmCenter in Denver, Colorado featuring live music, special guests and outlandish cosplay before screenings of under-seen and classic genre films, on 35mm and 16mm film whenever possible.

A man's investigation into his long-dead parents' demise leads to the haunted family mansion and a date with a demon.  [D: Charles Philip Moore]  View a trailer!

Bad things happen in a rural town where someone named Marvelous Mervo (Tiny Tim) runs around like a clown.  [D: Bill Rebane]  View a trailer!

God and Satan are on a train discussing the fate of three individuals. The stories of the people in question are told in a trio of very strange vignettes making this horror anthology unlike anything you've ever seen.  [D: John Carr, Phillip Marshak, Jay Schlossberg-Cohen, Tom McGowan, Gregg C. Tallas]  View a trailer!